Assist at the food pantry, children’s clinic, or resale shops, or with holiday or back-to-school events, or collect needed supplies. Please contact NAM for COVID-related updates.

16. Volunteers under the age of 16 must be accompanied by a parent or guardian.

Volunteering times vary, as many of our volunteers average two to four hours of service during a shift, depending on what projects they are working on and in which department.

Suitable for Groups of Volunteers?

NAM will provide any training needed. All of our volunteers must complete the volunteer application, which we have online, and go through a background check process before volunteering.

Sort and stock food, and assist clients. Currently volunteers are needed on Mondays, Tuesdays, and Wednesdays, mornings and afternoons.

Translate for Spanish-speaking clients, file and shred documents, help with data entry and other tasks.

HELP AT THE RESALE STORE

Sort, tag, and hang clothes; create displays; and greet customers at the Treasures from the Heart resale store.

NAM delivers toys and food to about 1,000 families each holiday season, and also provides school supplies in August.  It seeks donations of new, unwrapped toys for boys or girls (ages 8 through 12 are especially needed) or non-perishable foods (a detailed list is available at www.namonline.org).  Volunteers may also be needed to help distribute the items.

NAM’s Youth Advisory Council (YAC) is a group of high school juniors and seniors who make a commitment to meet regularly and complete a group volunteer project for NAM. YAC members come from both public and private high schools in the area.  Contact NAM for more information. 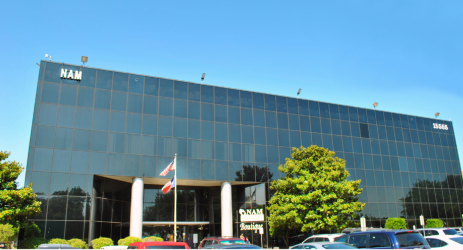 Examples of past Scout projects

Boy Scouts Phoenix District delivered more than 8,500 pounds of food as part of the Souper Bowl of Caring, (2020)

Girl Scout Troop 120009 collected donations of socks, toiletries, and personal care items to make holiday packages for those in need. (2017)

Eagle: Griffith P. coordinated a community-wide drive for food (for the Joanne Watford Nutrition Center) and clothing (for the NAM Children’s Clinic). (2014)

Girl Scout Troop 5401 made a bookshelf full of free children’s books for the Assistance Program lobby.

Eagle: Lee B. built four mobile carts by hand to replace old carts at NAM’s Meals on Wheels satellite office at Windwood Presbyterian Church. The carts are used to transport hot meals to the cars of volunteers. (2010)

This site uses Akismet to reduce spam. Learn how your comment data is processed.